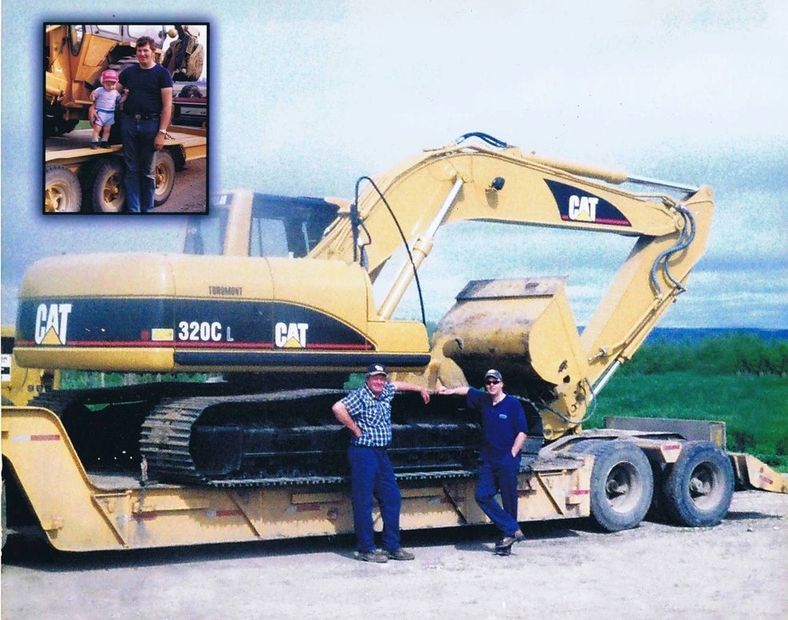 The Rob Smith & Son Business began as R.R. Smith in 1972 in Polonia, MB. Rob started his own business as a single operator with 1 rubber tired backhoe. He continued working there until he moved his family and business to Kenora, Ontario in 1985. There his business expanded with the purchase of his first tandem truck in 1989. He became incorporated in Ontario in March of 1994 where R. R. Smith emerged into Rob Smith & Son Backhoe & Trucking Ltd. They later moved back to MB where they became incorporated in 1997.
Rob’s son, Ryan, began working for the company in the year 2000 and became part of the business in 2006. The business expanded and has been growing ever since. Rob Smith & Son became SE-cor certified in February 2010 and upgraded with COR in 2012. They are Cor certified in both Manitoba and Saskatchewan.
In April 2017, Ryan took over the company so that Rob could retire, although you will still see his face from time to time helping out when needed. In 2018, Rob Smith and Son became one of Canada's fastest growing companies and made the Growth 500 list.